In the painting, various solvents include benzene and benzene compounds such as toluene, xylene and the like. The commonly used industrial solvents such as ethanol and butanol in diluents are also toxic, and some are even highly toxic, such as methanol. The presence of these toxic substances has certain toxic effects on the nervous system, respiratory system and skin of the human body, and the most common occurrences such as benzene poisoning and lacquer poisoning occur. During the coating process, a large amount of volatile gas is often generated and diffused in the air. These large amounts of toxic hot gases, if inhaled by the human body, can cause nervous system diseases, such as dizziness, palpitations and nausea and vomiting. Fingers and other parts that are exposed to various solvents and toxic gases can cause skin corrosion, defatting, itching, roughness, cracking and other diseases.

In the painted environment, everyone's sensitivity and tolerance are not exactly the same. The longer the time is, the more it will accumulate, the more inevitable the body will be affected. Therefore, it is very necessary to build a clean and dust-free workshop to improve the automotive painting environment. It is necessary to take protective measures. 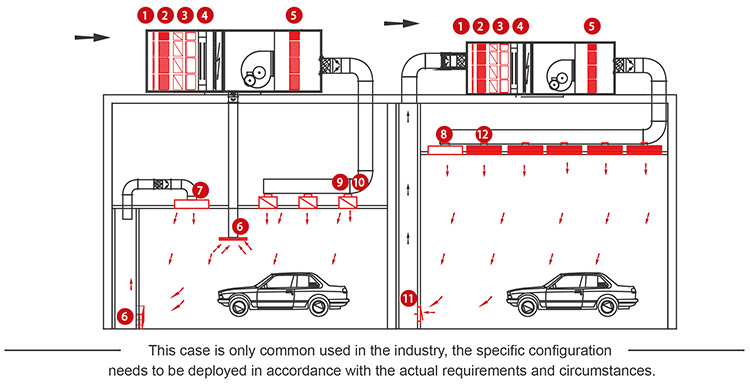